The running week and a bloody nose...

The weather decided to cause havoc on my running week. Okay, I caused havoc on my running week and blamed it on weather.....
After the trail race (race report to come shortly!), an easy week of running was planned. Well - let me rephrase that - it was a week without speed work but some nice long slow miles.
All week, I heard it was going to rain on the weekend. I got really worked up about it, and sliding my Saturday run to Friday morning (also kids schedules played a role), and my Wednesday run to Tuesday. Tuesday run was a success. On Thursday, one child was sick, so it was my turn to stay home. No issues, I had planned to take the day off of running, and run Friday morning. Well, Thursday was a gorgeous day, Friday called for rain, and I didn't want to take more time off of work for running since I just took time off to take care of the kiddo....
Hmm....I could do the long run on Thursday night. My wife was going to be home around 7. I could start at 7 at night, end around 11. Okay - I can do this.
I ran 9.5 miles. Called my wife to drag the kids out with her and and come and pick me up. Bonk. Working around the house all day, not eating right, and doing a nigh time run were not for me.
Okay, long run had to wait until Sunday - it was suppose to rain.
So, yesterday, I went out - ran long, and had a really good run...some of it in the rain. Nice run in prep for the 50k in less than two weeks. Clif bar and Clif Mocha gels were used along with 40 oz of HEED. Probably not enough while I was running, but it was good enough and I felt fine after the run....
Well, until later that day...
When I was playing catch with my son and wasn't paying attention (yes, me, not my son) - he nailed me in the nose with the baseball. Hard. I think I've had two bloody noses in my life. The amount of blood that came out yesterday was nothing like I had ever seen. I could have ran to a blood bank and someone could have used the pint of blood I lost.... 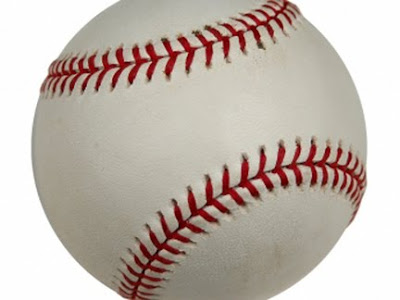 Anyway, all good. Next time, I'll be paying attention to the ball.

Posted by Regular Guy Runner at 7:19 AM